I made up this song that I sing around the house whenever I am doing anything with both of the babies like holding them both, playing with them both or trying to console them both. It goes like this...


I've got two babies
Instead of just one
I've got two babies
and it's twice the fun
They really are so much fun! Every day they are learning new things and smiling more and interacting more. Every day it gets more fun than the last. I truly mean that, but there are some days when you feel...TWO! Today was one of those days. I woke up this morning and Chase woke up just after me so I grabbed him up, but he was being pretty vocal and I didn't want him to wake Zaya so I grabbed a diaper quick and headed out the door. I set Chase up on the couch took off his old diaper and as I was grabbing for the new diaper he decided to give Mommy a morning shower. So funny!!! I cleaned it all up and him all up then Zaya woke up so I grabbed her up and took her to the changing table got the old diaper off and as I was grabbing for the new diaper she also decided it was a good time to let it all out. All I could do was laugh. That pretty much set the tone for the day. When one would fall asleep the other would wake up, when I almost had one asleep the other would start fussing, when I cleaned one dirty diaper I cleaned another, when one would start fussing the other started right behind, one went down for their nap late the other woke up from their nap early. Today I felt the two. One thing I can say about having two is it is more fun because you feel like you’re going crazy sometimes so you just have to laugh. Today I laughed a lot. Sometimes I feel twice the work, but all the time I feel twice the love. Those two smiling, happy babies make it worth it!

Today I'm grateful I have two! 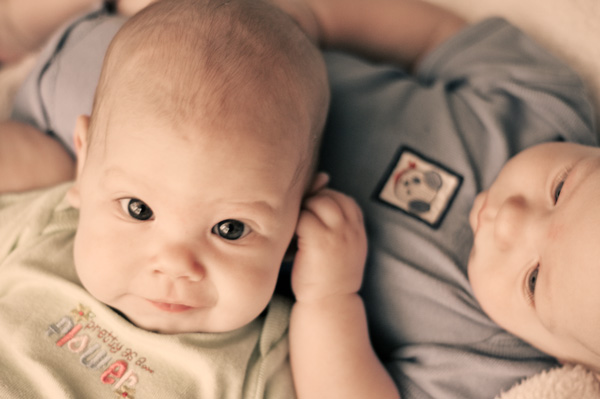 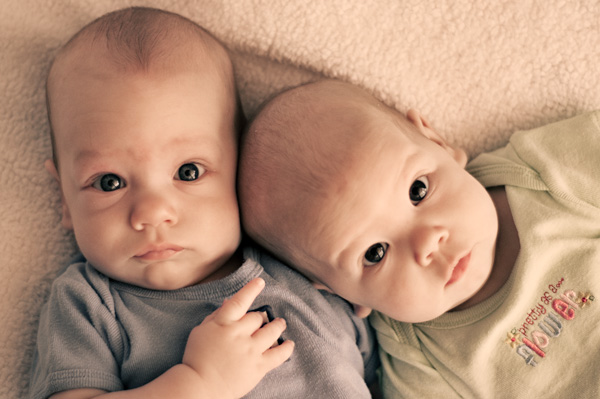